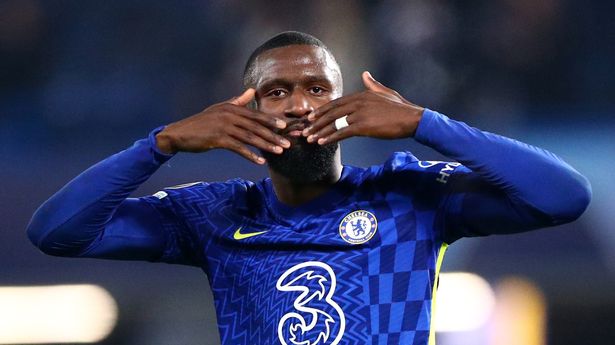 Real Madrid have officially announced the signing of Antonio Rüdiger till 2026.

For months it has been known that the German defender would wear white next season, but due to club commitments, it couldn’t be announced until the season ends.

This signing strengthens Los Merengues’ defense and allows Ancelotti to experiment with different formations. Rüdiger also brings leadership on and off the pitch as he’s a serial winner and he has a flamboyant personality.

What does this mean for the Militao-Alaba partnership?

Militao and Alaba have built a formidable partnership as this season has gone by. Their profiles compliment each other well. Militao is more aggressive into tackles and duels while Alaba will calm everything down with his experience and composure. They have even made large sections of the fanbase forget that Ramos and Varane left the club last summer. One of the European Champions’ major weaknesses is their ability to defend crosses. On the contrary, Rüdiger is one of Europe’s best defenders of crosses. Militao will undeniably learn from Rüdiger and they’ll be able to form a phenonmenal partnership. It well and truly could be the end of the Militao-Alaba partnership and the start of the Militao-Rüdiger partnership, pushing Alaba to left back.

Alaba’s offensive abilities are just as good as his defensive attributes. He’s one of the world’s most versatile players. He can play LB, LWB, CB, CDM or even as a CM if needed. Ferland Mendy is one of Europe’s best defensive fullbacks, but his offensive decisions can be poor sometimes. Seeing that Real Madrid will dominate possession in 80% of their games throughout a season, Alaba can be deployed as a LB. His overlapping runs will help Vinicius and his crossing ability will provide better service for Benzema.

Will Ancelotti play a back three?

Militao, Rüdiger and Alaba will compliment eachother well in a back three but it’s unlikely that Carlo’s main formation will change from4-3-3. However, it definitely can be an option to defend teams who play with two strikers or when he wants to tweak things tactically to defend a lead.

Antonio Rüdiger is already a world class defender and he can secure an iconic status at the biggest club in the world if he helps them to success. His presentation will be on June 20th, where he’ll take his first press conference as a Real Madrid player and meet the fans afterwards.

by Simon Shortt
on Dec 7
Kenny Pickett is now the starting quarterback of the Pittsburgh Steelers. How […]
Read more

by Simon Shortt
on Dec 6
Welcome back to the Fantom Football Podcast! It was a great week […]
Read more

by Nico Zambuto
on Dec 6
The Tennessee Titans fired GM Jon Robinson on Tuesday, according to Ian […]
Read more